Design trends which influenced the world in 2014 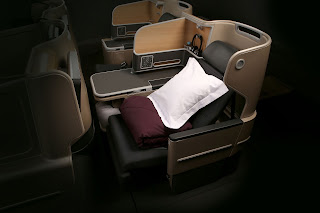 Design trend which influenced the world in 2014 Below is a list of designers who assisted in shaping the year 2014 and also how it influenced the world of graphic design. Names of designers 1. Marc Newson 2. The Haas Brothers 3. Sheila Hicks 4. Max Lamb Marc Newson Marc Newson is an industrial designer who designs products, furnitures, aircraft cabins as well as clothing. In his works, we can barely see sharp edges since his style of working is using smooth geometric lines, strength, transparency and translucency. below are some works where he designed things which marked the year 2014: Qantas A330 business suites This business suite marks an ingenious seat allowing the passenger to recline from take-offs and landing with a focus on common sense. The seats were designed and customized after appropriate trials and inflight observations with a panel of experts. This design had a great influence on people during its first release where the company had received lots of clients who opted fo
Post a comment
Read more